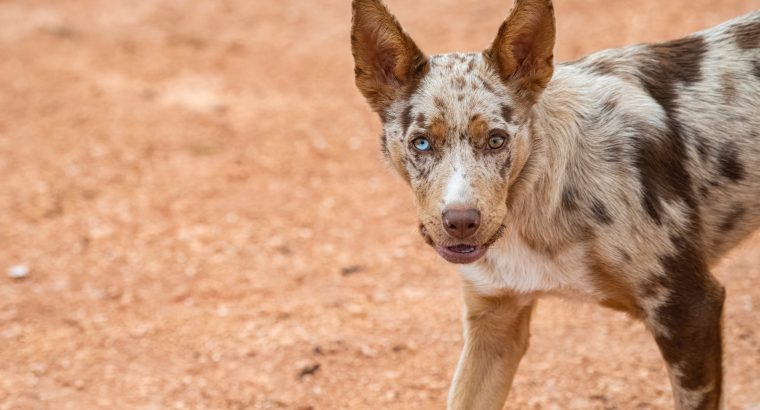 The Kelpie (also known as the Australian Kelpie or Barb) is a handsome, trainable, working dog that originated in Australia in the 19th Century. This top working dog was specially developed for the harsh Australian working conditions. The UKC or the United Kennel Club has categorized the Kelpie as a herding dog.

In this guide, we discuss the Australian Kelpie, its history, appearance, temperament, and everything else that you need to know about this fabulous breed.

As mentioned before, the medium-sized, lithe, muscular, and active Kelpie is a 19th Century Australian creation. It may have been developed from the British and Scottish Collies, although breeds like Dingos and other native Australian dog breeds may also have been used.

Fact: In many parts of Australia, it is illegal to keep Dingos as pets. Often, Dingo owners would register their Dingos as Kelpies or Kelpie crosses!

The Kelpie was primarily bred to herd sheep in Australia and the mountainous regions of New Zealand. They say that Australia was developed on the Kelpie’s back thanks to its contribution to the sheep and wool industry. There are many highly sought after working Kelpie studs in Australia – famous for the quality kelpie puppies they produce and for their training.

Some breeders used certain strains of the Kelpie for creating dogs for working and herding cattle. These dogs were known to be incredibly fast and forceful and even had the ‘heeling tendency of nipping the heels of the cattle.

However, modern Kelpie breeders curbed such “heeling” tendencies as they felt that fast-moving dogs that bite too often were not very good at settling the cattle down quietly. Resultantly, the breed is split into Australian Kelpie and Working Kelpie. The Australian Kelpie is the one you see at dog shows.

Australian Kelpies are fairly common in Australia but rare outside the country. In Australia, there are nearly 100,000 registered Kelpies. In the United States, there are very few breeders for the Kelpie and their demand is fairly low. Resultantly, they are quite rare. Being rare is actually a good thing for a dog breed as it prevents it from reaching puppy mills and backyard breeders.

However, the interest in the breed is on the rise and more and more Australian Kelpie breeders are exporting their dogs all around the world for herding sheep, goats, ducks, and other livestock. 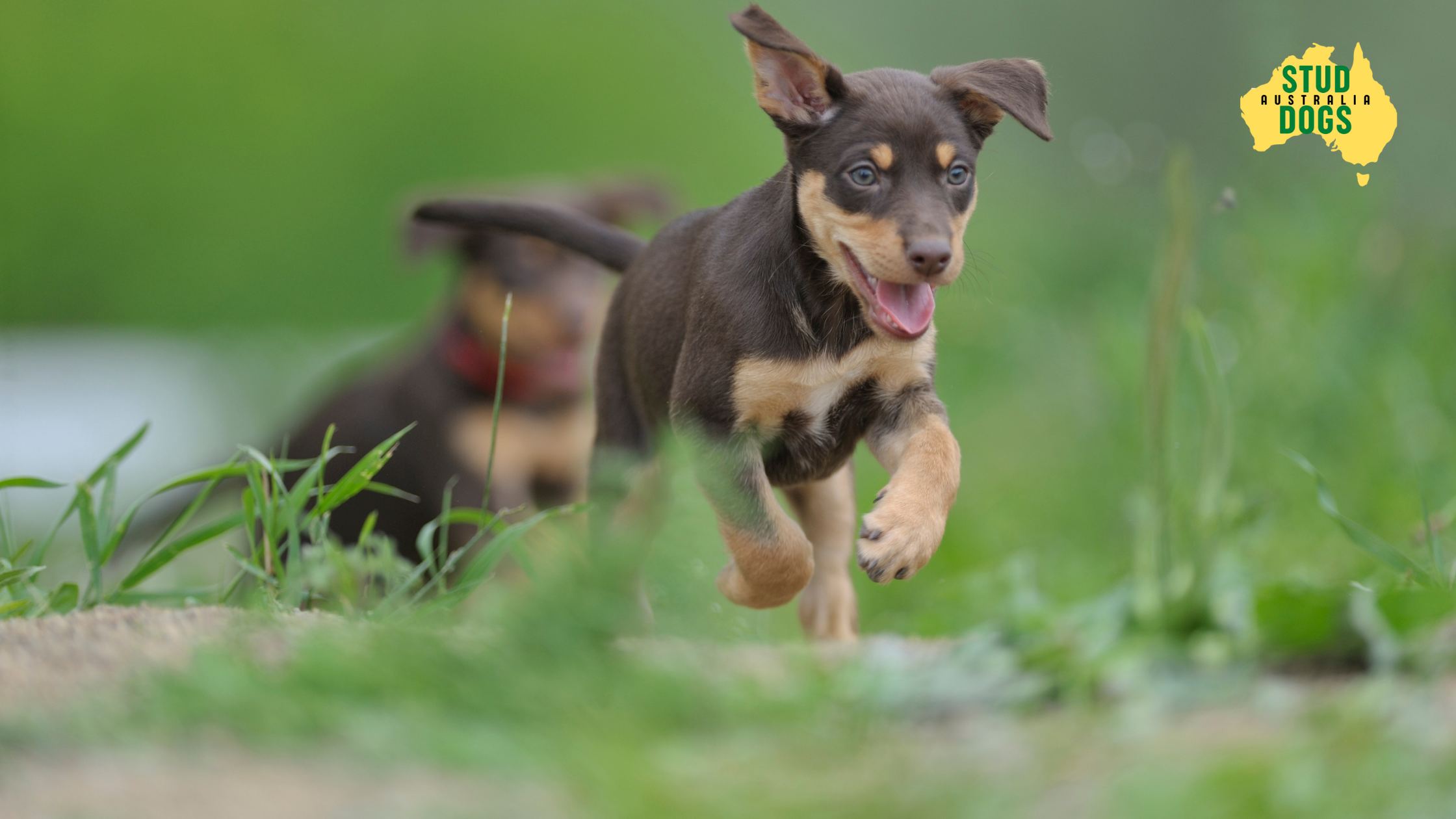 The Kelpie is a medium-sized dog with a muscular build. It has a rounded skull with a tapered muzzle. Its almond-shaped eyes are golden-brown and large. It has wide-spaced prick ears. The Kelpie has a deep chest and a strong neck. Its long brush tail is curved at rest and raised when active.

Kelpies have a weather-resistant double coat with a ruff at the neck.

Although some people believe that the Kelpie should be chocolate red, the working Kelpie is selected for performance and comes in various colors like black, blue, chocolate, red, smokey blue, fawn, slate blue, tan, fawn and tan, red and tan, and cream. There may be white on the chest and toes. The Australian Working Kelpie Council accepts most of these colors for registration.

Kelpies’ double coats tend to shed heavily twice a year. The shedding is more pronounced in spring so you may want to brush your dog more this time of the year.

The Australian Kelpie likes to work independently and while this trait has potential for good, these dogs need special attention while training.

They are highly intelligent dogs and are also very hard-working. They understand the distinction between work and rest. At work, your Kelpie will be active and intense while at home, it will be mild and easygoing.

Is The Australian Kelpie a Good Family Dog? 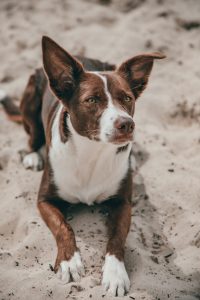 Kelpies make excellent family dogs provided they have a lot of space to run freely. They also are highly devoted and loyal to their human family members.

This is a friendly dog breed but it will rarely show affection. It also tends to get attached to one person and might reserve its affection for that individual.

Intense herding instincts pulse through the Kelpie’s brain and veins. Due to this, this dog has the urge to round up, race, and rally every moving thing in its path. This instinct needs to be curbed with early training measures. Otherwise, it can get to be a hassle. Your Kelpie might herd young kids and smaller house pets. Untrained Kelpies also tend to chase small animals. This can be dangerous for the dogs living in unfenced homes or areas with heavy traffic.

The best household for Kelpies is one where it will have a job to do. A rural environment is ideal for the breed although they are highly adaptable dogs.

Kelpies can get extremely restless if not exercised properly. Therefore, the best owner for a Kelpie is an active individual who will keep the dog very active. Kelpies usually get along well with other dogs as long as they are introduced from an early age.

Aggression is not a normal trait in well-bred Kelpies. That’s why you must buy your Kelpie from a reputed breeder. Always ask to meet the puppy’s dam and sire before selecting your pup; they should not show any signs of aggression. If they do, steer clear of the breeder. You may also want to train and socialize your Kelpie from the very beginning and nip any signs of aggression in the bud.

Is a Boy or Girl Kelpie Better?

Many factors can decide whether a male or female Kelpie would be more suitable for your household. In general, females are more docile and mature faster. This could aid in trainability.

Male Kelpies are bigger and have more energy, which is why some believe that males may be better suited for challenging farm work.

Kelpies respond well to positive reinforcement training, but they need a firm and experienced trainer or dog handler who can show them the rules of the household from day one.

This is certainly not a dog breed for inexperienced or first-time dog owners. From day one, when your Kelpie puppy comes home, you may want to start with house training and crate training. Follow this up with obedience training so your Kelpie learns to follow commands like Sit, Heel, Drop It, Come, Stay, etc. These basic commands are very important for advanced training.

Fact: a working Kelpie is capable of covering almost 37 miles or 60 kilometers in harsh weather and rough working conditions.

No wonder, the abundantly energetic Kelpie needs at least an hour or two of exercise every day. If you have purchased or adopted the Kelpie for farm or cattle work, then that should keep your pet active all day.

However, if you have simply bought this breed for being a household companion, then you need to provide it with daily exercise and activity. Without physical and mental stimulation, a Kelpie is bound to get bored and depressed, and may even indulge in unwanted behaviors like excessive barking, chewing up things, etc.

How Much Does a Kelpie Cost? 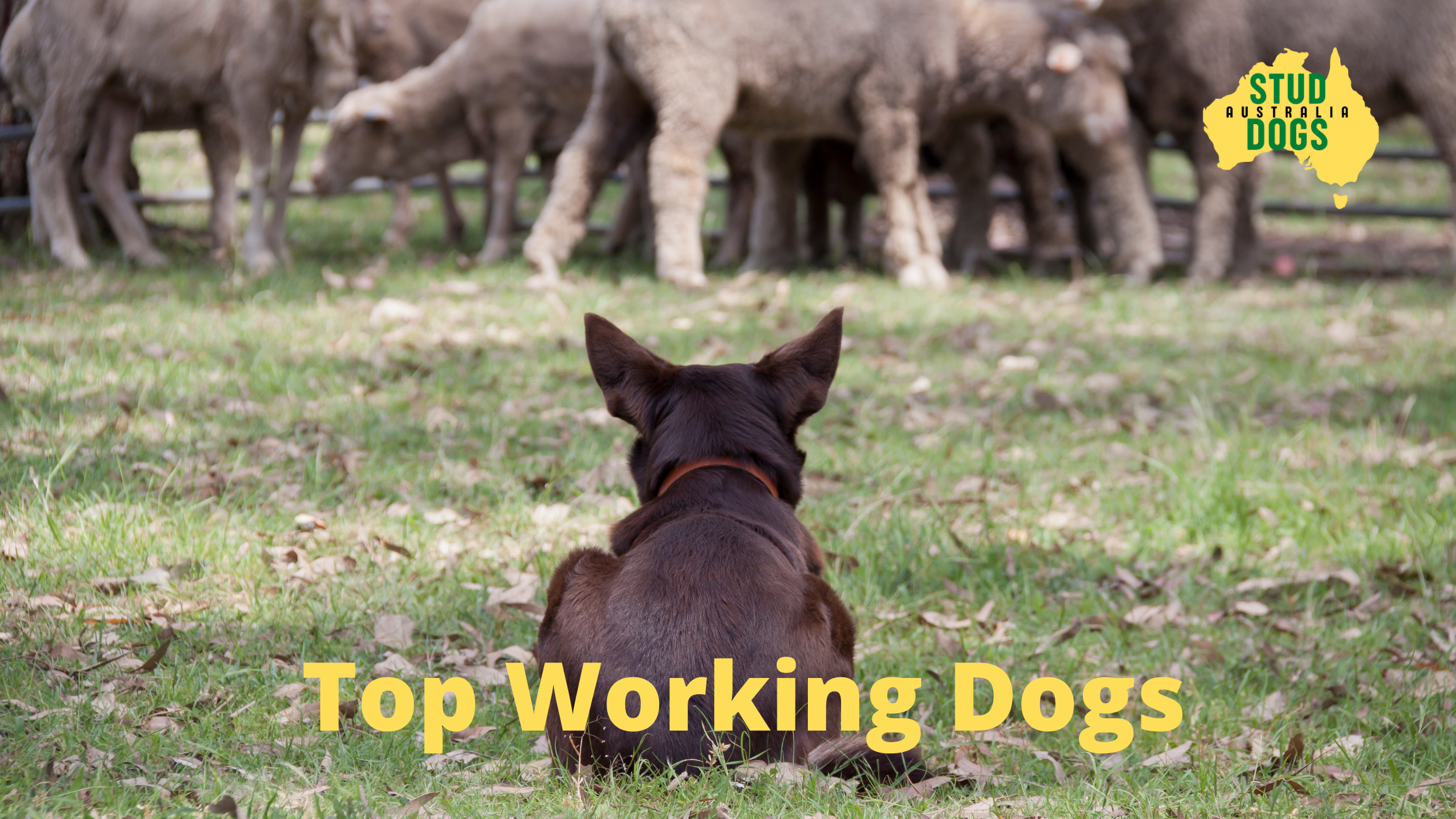 Fact: Recently, an Australian Kelpie named Eulooka Hoover made news for being the costliest working dog in Australia. He was bought for a whopping 35,200 AUD!

In the United States, the price of an Australian Kelpie lies in the range of $1000 to $3500. This price mainly depends on the breeder and the puppy’s bloodlines.

What Health Problems Do Kelpies Have?

Fact: Kelpies are supposedly immune to the poison of Australian ticks – the ticks that are known to easily kill healthy German Shepherd dogs. This may be due to the presence of Dingo blood in Kelpies since Dingos are also immune to the ticks’ poison.

Kelpies are generally quite healthy and hardy. From time to time, some health issues are commonly seen in the breed including:

The Kelpie is not a lapdog and usually does not like to cuddle. However, cuddling and other signs of affection tend to vary from dog to dog.

Kelpies have a double coat and, with regular grooming and brushing, you can prevent them from developing the characteristic doggy odor. If your pet lives outdoors most of the time, it does not need frequent baths – once every couple of months should be adequate.

Since most Kelpies are aloof with strangers, they tend to make good guard dogs and watchdogs. You can also train your Kelpie to hone its guarding skills.

How many puppies do Kelpies have?

On average, the Kelpie litter size is 5 puppies. However, the litter size depends on many factors like genetics, the dam’s age at the time of breeding, etc.

How long is a Kelpie’s pregnancy?

The average duration of a Kelpie’s pregnancy is 63 days.

Looking for a Kelpie Stud Near You?