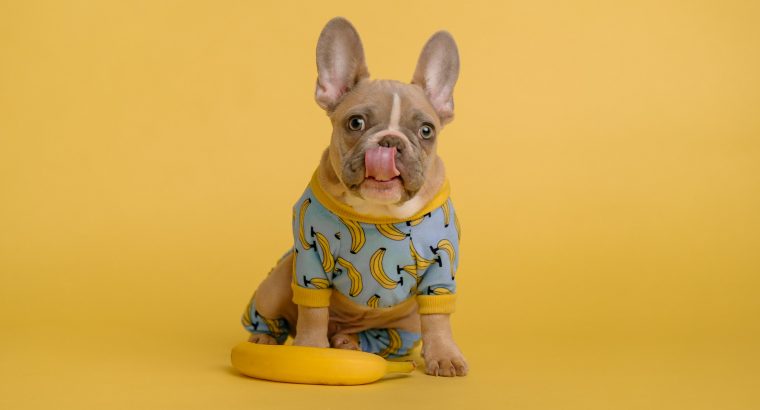 So, you’re planning to add a Bulldog to your household and want to know more about the breed before you choose? We’re glad you asked because Bulldogs are incredibly interesting dogs with interesting histories to match.

There are several different Bulldog breeds which can be confusing for people looking for their first ‘Bully’ (as they are fondly known!).

In this guide, we acquaint you with the 5 top Bulldog breeds (English, French, American, Australian, and the Alapaha Blue Blood Bulldogs). We will discuss their appearance, temperaments, and common health issues. That way, you can make an informed choice when it comes to adopting/purchasing one.

Before we dive into the breeds, we will start with a brief history of the Bulldog.

British dog breeders started breeding Bulldogs in the 1700s. It is believed that breeds like Pug, Mastiff, and a Spanish dog breed may have been used in creating the Bulldog.

In the breed’s early days, Bulldogs were mainly used for a sport called bull-baiting. The practice of bull-baiting itself has an interesting theory behind it: butchers were made to ‘torture’ bulls because people believed that the act of torturing made their meat more tender. Thus, the sport of bull-baiting using dogs came into existence.

People found bull-baiting immensely entertaining to watch (the fact that it also had money-making potential due to its gambling element further enhanced its popularity).

For this purpose, the Bulldog was perfect. Its large head helped in attacking bulls, while its squashed-in nose stayed out of the way and had a lesser chance of getting hurt. Its heavily wrinkled skin kept the blood out of its eyes. The Bulldog also had the strength, courage, and determination to fight bulls.

Over the years, animal rights activists deemed bull-baiting stressful and harmful to both the bulls and the dogs. Resultantly, the cruel practice was put to an end. However, over the years, breeders retained the Bulldog’s features like short legs, large faces, and small wrinkled bodies. These features made the dog incapable of farm work but great as a herding dog.

By 1835, bull-baiting was completely banned and Bulldogs were no longer needed. As a result, the breed almost disappeared. However, some fanciers felt the breed was worth saving and by 1835, Bully breeders were breeding docile and calm Bulldogs. Once a determined fighter, the Bully became more and more gentle. They even lacked the energy of fighter dogs. Resultantly, Bullies became Britain’s popular pets. The Kennel Club of England recognized the English Bulldog in 1873.

British Settlers brought the breed to American shores and the Bulldog Club of America was founded in 1890. Today, Bulldogs are one of the most popular breeds in the USA, and every year, the country registers at least 12,000 Bullies.

It is important to consider the Bulldog’s health before you set out to buy or adopt one. This is very important to understand exactly what you’re getting into.

Their brachycephalic muzzles (or squashed-in/punched-in noses) can cause Bulldogs to snore heavily while also leading to chronic respiratory issues.

The Brachycephalic Airway Syndrome can also cause difficulty in eating and exercise intolerance. It can sometimes cause the soft palate to elongate and extend into the dog’s airways, causing them to narrow – this results in breathing issues. Some Bully puppies are also born with stenotic nares which require surgical correction.

Brachycephalic dogs are also at risk of overheating in warm weather and if they are exercised too much. Overheating can result in panting, shortness of breath, foaming/drooling, and other symptoms of heat exhaustion.

The heavy skin folds in English Bulldogs are an invitation to sweat, dirt, and bacteria. If not cleaned properly, these folds become inflamed and red and could develop blisters or pus-filled lesions.

Canine Hip Dysplasia or CHD is a common health issue in Bulldogs. It results in the hip bone pulling apart in growth. Symptoms of hip dysplasia range from severe pain, to difficulty in climbing stairs, getting up from a seated or lying position, waddling/swaying gait, or lameness following exercise. CHD is genetic and can be prevented in Bully puppies by thoroughly testing the breeding stock.

All dogs have a third eyelid. In Bulldog breeds, this inner eyelid can prolapse or protrude resulting in a reddish-pink mass protruding from the corner of the dog’s eye. While the condition is not painful to the dog, it is unpleasant to look at. It could also invite eye infections that are painful and uncomfortable for the pet. Cherry eye also results in eye discharge and ‘eye boogers’. Some Bullies need corrective surgery to eliminate Cherry Eye.

Bulldog breeders usually use artificial insemination via TCI (trans-cervical insemination) or TVI (trans-vaginal insemination) because bulldogs can struggle to mate naturally. Bulldog studs can tire quickly during a natural mating; they are therefore collected and semen is artificially inseminated. Find a bulldog stud near you today. 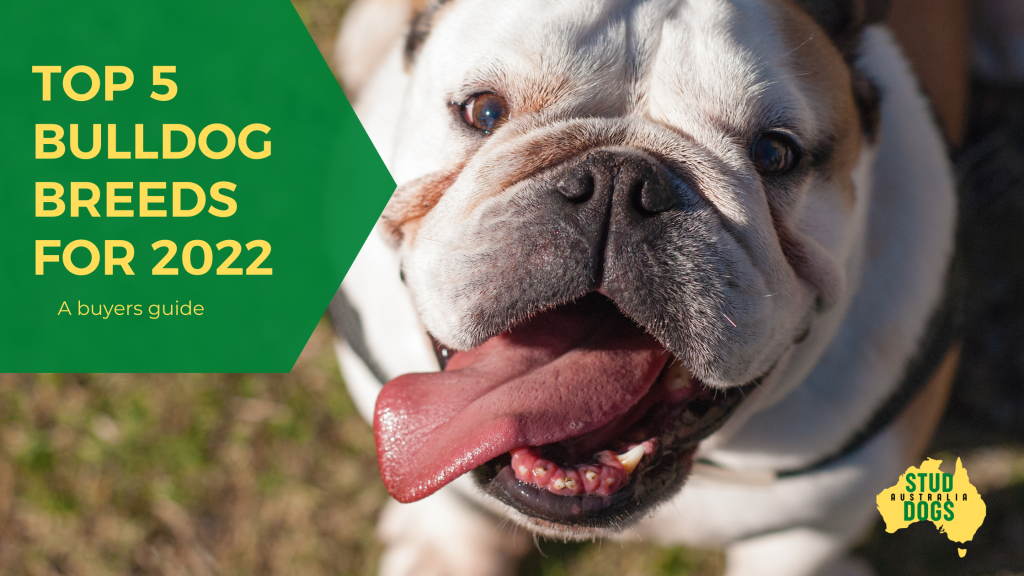 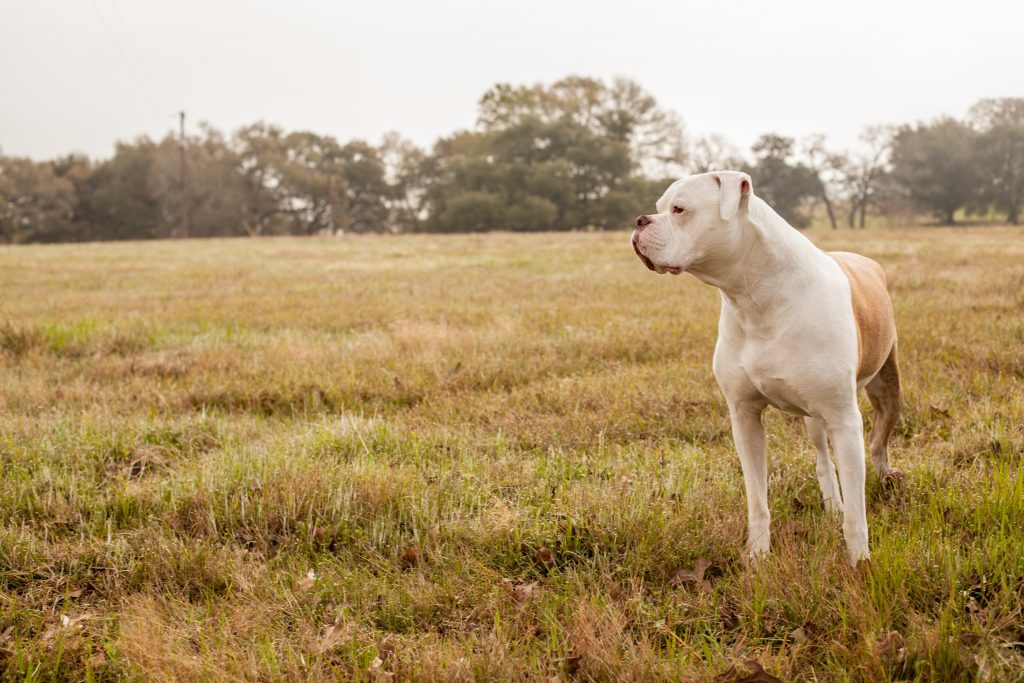 The American Bulldog is a strong, muscular, and assertive dog that is extremely loyal to its family. It has a happy, friendly, and assertive personality and easily bonds strongly with children. It is not recognized by the AKC.

This is a strong, stocky, and muscular dog. Its coat is short, usually white or white with patches. It has a distinctive face with strong jaws.

There are two varieties of American Bulldogs, namely the Johnson and Scott varieties – named after the breeders who created them, John D. Johnson and Allen Scott.

American Bullies are assertive, friendly, happy dogs as long as you train them to be that way. Some owners train their dogs to be aggressive and unfriendly. Inherently, the American Bulldog is a sweet-natured, loving, and affectionate dog that gets along well with kids. However, this strong dog may not be aware of its own strength, so one must always supervise interactions between the kids and the American Bully.

American Bulldogs need a firm handler and plenty of early obedience training. Without this, the dog can get quite bossy. Most American Bullies do not get along with other dogs and cats – however, with early training, this can be overcome.

Due to their stubborn natures, American Bulldog puppies can be quite difficult to housebreak. 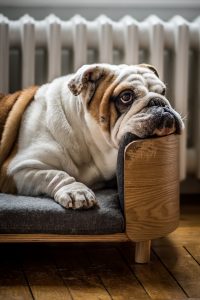 English Bulldog is a medium-sized, heavy, low-built dog with lots of wrinkles and a short pushed-in nose. It has wide shoulders and a wide head. This muscular dog has thick folds of skin on its face, especially over its brow and nose. Its round black eyes are wide set. The lips are drooping with an underbite.

The English Bulldog’s lower teeth stick out farther than the upper teeth. Its coat is short and flat with short curled tails. Its gait is characterized by a waddle and a sideways roll.

English Bullies are sweet, charming dogs. They get along with everyone, especially kids and other pets. They are affectionate, kind, and good-tempered. These sociable dogs are also gentle and mild-mannered. However, they do have a stubborn streak.

English Bulldogs are not big barkers. At the same time, they make good watchdogs and will alert you to intruders. Bullies love their families and thrive on attention.

This is an excellent dog breed for kids. However, you need to socialize your pet to sights and sounds else you could end up with a shy, fearful dog. English Bulldogs do well in apartments. They do not need too much space and neither are they active or energetic. However, they still need to exercise otherwise they could gain weight and become obese.

Younger bulldogs are energetic but they tend to get lethargic as they age. They are also stubborn and slow learners which can hinder training.

English Bulldogs have most of the health issues mentioned above. They are more likely to suffer from joint problems compared to their French counterparts. They also cannot mate or give birth naturally due to their large heads and narrow hips. 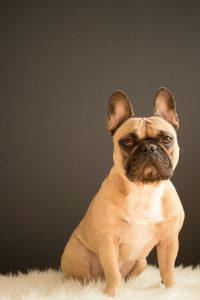 The French and English Bulldogs have a lot of common traits. Known as Frenchies for short, French Bulldogs recently made news as the No.1 dog breed in Miami, Columbus, and LA. They consistently rank in the top 5 most popular dog breeds in the USA.

Frenchies may have originated from English Bulldogs crossed with local ratter breeds in Paris.

These small-statured dogs look fragile but have a healthy bone structure. They have bat ears and half-dome skulls. To add to their cuteness, they have round eyes, wrinkled faces, and short tails. 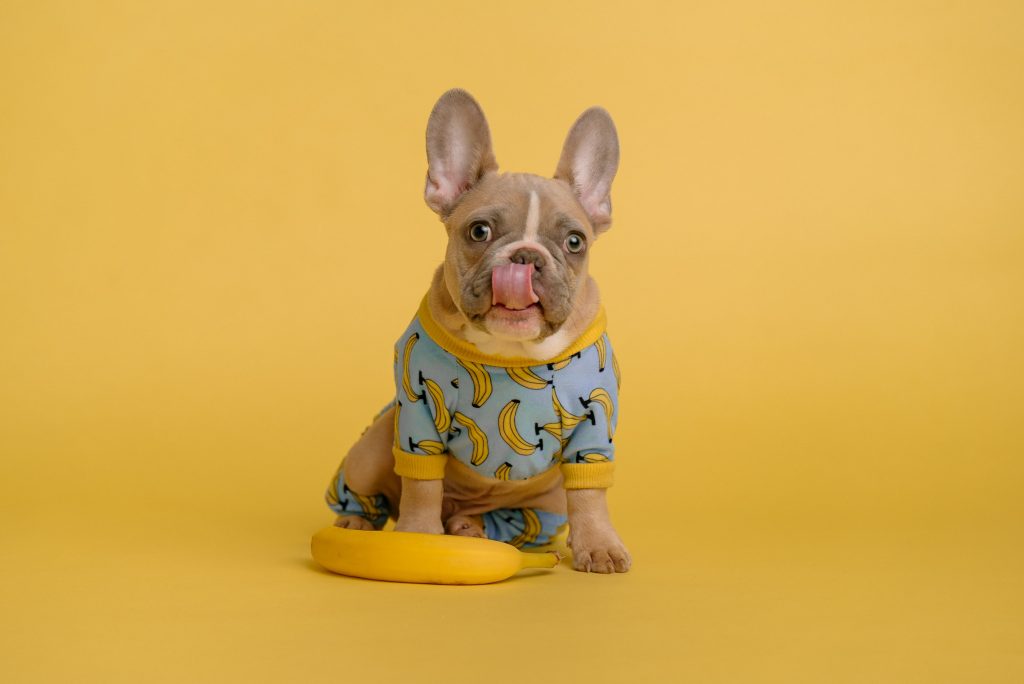 Frenchies are lively, tolerant, playful, flexible, and alert. They are gentle dogs that are excellent around kids and other house pets. Frenchies are extremely friendly so they do not make good guard dogs. However, their alert natures mean that they are good watchdogs.

Frenchies are eager to please and that aids in training. These adaptable dogs are extremely flexible and adjust to different situations. They are ideal dogs for first-time owners and suitable for apartment dwellers.

French Bulldogs are susceptible to ear and skin infections. Eye problems like conjunctivitis and cherry eye are also common. Breathing issues are some other health problems seen in Frenchies. 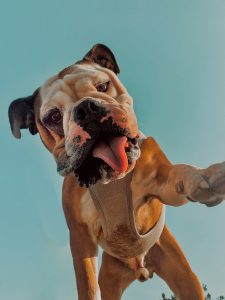 The Australian Bulldog isn’t recognized by any major Kennel Club and might even be on the verge of extinction. However, thanks to the efforts of some Australian breeders, the popularity of the Aussie Bulldog is on the rise.

The Aussie Bully was created because people wanted a dog that looked like the English Bully but had fewer health problems. Several breeds including the English Bulldog, Boxer, Bullmastiff, and Staffordshire Bull Terriers may have been used in its creation. 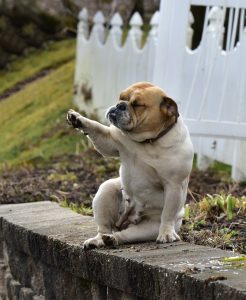 Alert, intelligent, and loving, the Aussie Bulldog makes an ideal guard dog. They gradually absorb information and require more patience while training. They are good dogs around kids but may need some early socialization.

Selective breeding has reduced several problems seen in other breeds in the Aussie. However, from time to time, you might see issues like eye problems, cardiac diseases, and joint problems in the Aussie.

This is an American breed that is often confused with the American Bulldog. However, the two breeds are very different. Breeds like the Old Country Bulldog, Mountain Bulldog, and old Southern White Bulldog may have been the Alapaha Blue-Blood Bully’s ancestors.

The Alapaha Blue-Blood (ABBB) was bred as a catch dog for minding unruly cattle on the plantations. It is also known as Otto Dog, Cowdog, Silver Dollar, and Catahoula Bulldog.

The Alapaha Blue Blood Bulldog is a dutiful, loving, alert, intelligent, and highly trainable dog. It has excellent guard dog skills. Today it is used extensively as a guard dog, watchdog, herding dog, and an all-around farm dog.

If you aren’t careful about where you buy your ABBB, it could suffer health issues like hip dysplasia, entropion, deafness, skin issues, and eye problems.

Which Bulldog breed do you like? Let us know in the comments below!