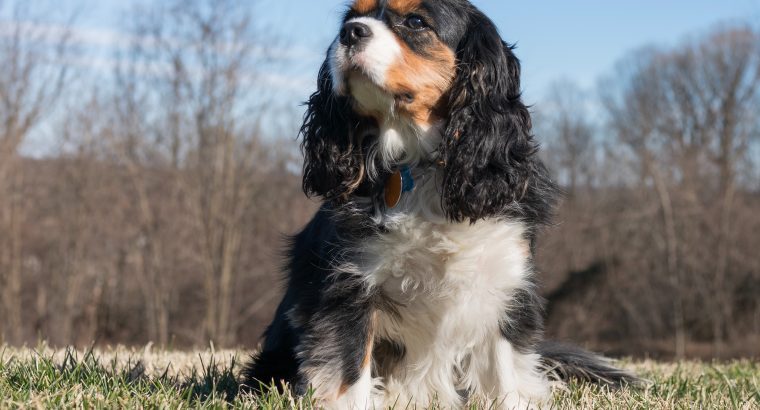 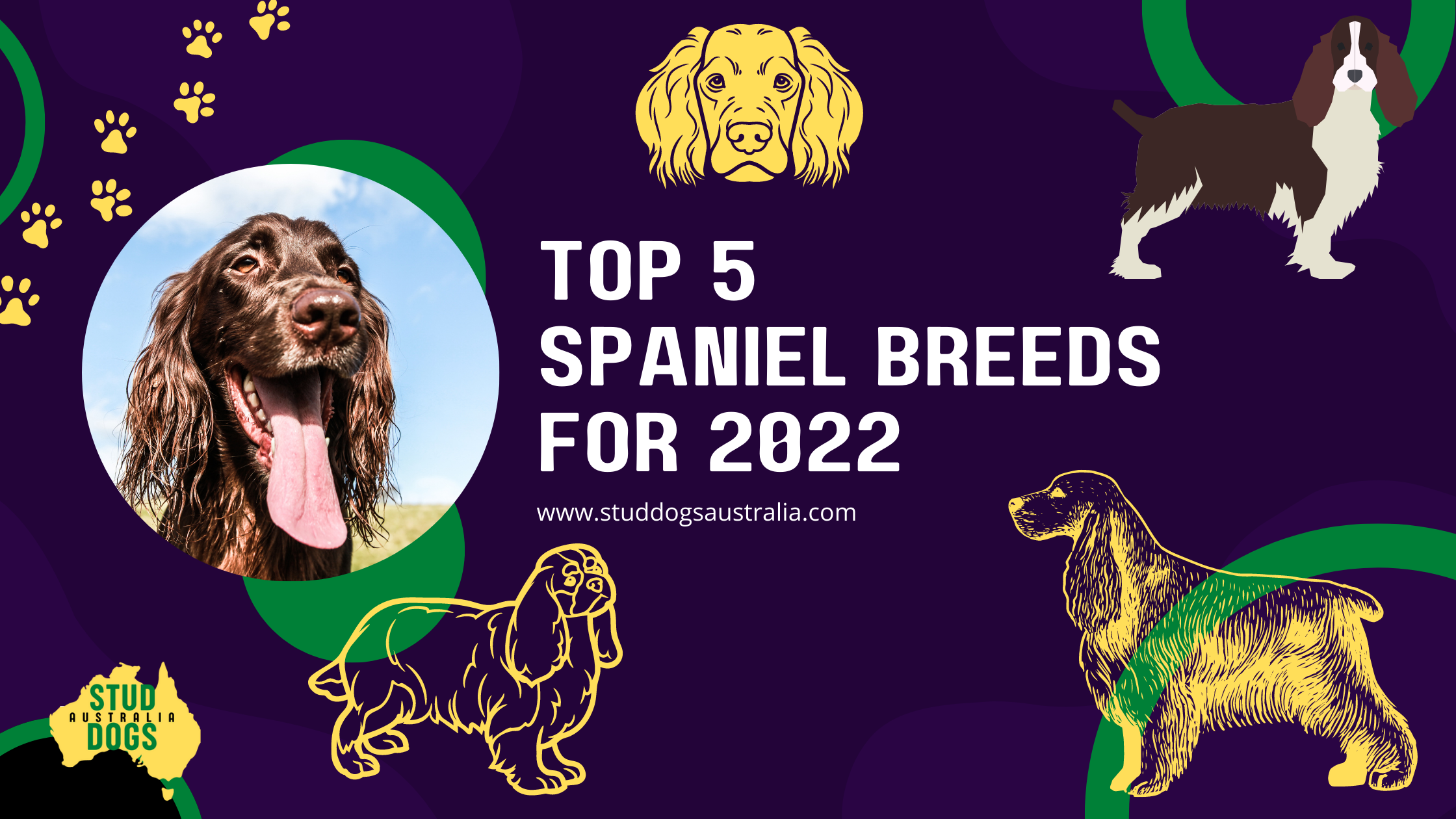 Spaniels are the hunters’ companions – loyal, alert, and talented. The breed was first developed in Spain around the early 1300s and the word ‘Spaniel’ comes from the French phrase Chiens de’l Espaniol – meaning the dog from Spain.

Although it was the Spanish breeders who developed the Spaniel breed, the British can be credited for developing it further.

Cocker Spaniels were the first to be bred and they were used for hunting birds called wood cocks. Until the 1800s, breeders would develop litters having Spaniels of different sizes. However, by the end of the 1800s, more and more breeders started breeding dogs of the same size together.

Resultantly, the larger of the Spaniels became the Springer Spaniels, the medium-sized were the Sussex Spaniels and the smallest became the Cocker Spaniels.

Spaniels came to the USA around 1870 and two top breeders from the country – James Watson and Clinton Wilmerding started the American Cocker Spaniel Club in 1881. 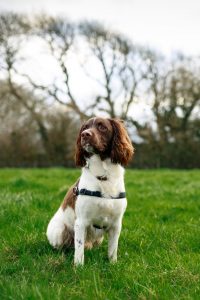 Spaniels are considered the best-hunting dogs. These sporting dogs are able to move through tall grass and thick brush with ease and sneak up on the game to flush it out. They even retrieve the game once their hunter has shot it. They hold the shot game very softly in their mouths without damaging it.

Spaniels are gifted with many physical features that help them in hunting. Their large floppy ears trap the game’s scents and direct them toward the dog’s nose. Their short statures help them maneuver easily and unseen through the grass and brush. They also have thick coats that protect them from harsh weather as well as sharp twigs and branches.

Spaniels work closely with their hunters and they remain close to them throughout the hunt. They continue showing this closeness and bond even at home. 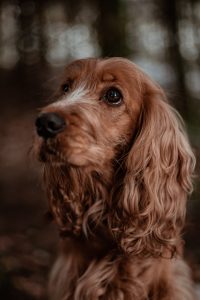 The English Cocker Spaniel is a descendent of the Spaniel breed which has been mentioned even in Shakespeare and Chaucer’s stories. Though the Spaniel breed was developed in Spain, it was in England that it really took off and became popular. It is estimated that the Spaniels may have come to the British Isles during Cesar’s invasion in 54 BC.

As mentioned earlier, the English Cocker Spaniel was mainly bred to flush game and aid hunters. They could hunt on land and water. When 17th Century Englishmen started using guns for hunting, the English Cocker acquired the status as that of a posh gun dog. The breed was recognized by the Kennel Club of England as a distinct breed in 1892.

The English Cocker Spaniel is the smallest of sporting dog breeds. They measure between 14-17 inches (35.5 to 43.18 cm) tall and weigh 26-32 pounds (7 to 8 kilograms). Its body is sturdy with short legs. Their ears are unique and define the breed’s personality; they are wide, long, oval, and with feathering.

English Cockers have flat, slightly wavy, medium coats with a silky texture. There is feathering on the chest, legs, and belly.

Common coat colours available in the breed are black, black and liver, red, lemon, and golden. They are also available in different patterns like solid, roan, ticking, open patterns, and with or without tan markings. English Cocker Spaniel puppies often change colour as they grow.

English Cocker Spaniels are happy, friendly, and alert dogs. In the early days of the breed, the Cocker’s “rage syndrome” was well known as these dogs often barked in anger. Today, breeders selectively breed to reduce this temperament issue. However, some Cockers still dislike being provoked by strangers.

English Cockers make excellent pets but they need a lot of training and firm handling from puppyhood. They are good pets for first-time owners provided the owner is willing to put in some effort. One must be prudent of the breed’s rage syndrome and aggression and nip it in the bud.

Cockers are lovable and affectionate dogs. They tend to get attached to one person but will shower their love on all family members equally. They are sweet, obedient, and eager to please. These attributes can help during training. Due to their sweet natures, they can fit into any family of any size. They mostly love kids provided the kids are taught to respect the dog.

On the downside, they need a lot of exercise, mental stimulation, and grooming. To maintain your pet’s luxurious coat, you need to brush it daily. They can also get aggressive if not socialized and trained from puppyhood. 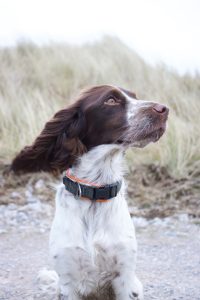 English Springer Spaniels may have been recognized officially as a breed only in 1902 by the English Kennel Club but the breed may have existed since 300 AD. The Springer Spaniel was also the hunter’s companion and was used before firearms were invented. These dogs would flush out the game for hawks, hunter nets, or coursing dogs.

This is a medium-sized dog measuring between 19 to 20 inches (48.26 to 50.8 cm) and weighing about 40 to 50 pounds (18 to 23 kilograms). They have a medium-length outer coat that can be flat or wavy. The accepted coat colours are black and white or liver and white. The working lines also have whiter coats with patches and ticking patterns. The show lines have more colour than white.

The English Springer Spaniel is cheerful, affectionate, active, intelligent, and alert. One of the breed’s most unique characteristics is its love of humans. Whatever you’re doing, your Springer will want to do it with you. They are always ready to curl up on the couch next to you or play and run all day.

Is the English Springer Spaniel a Good Family Dog?

Yes, well-trained Springers make excellent family pets. They love kids and get along with them. They also get along with other dogs. Being friendly and eager to please, they are also highly trainable.

On the downside, like all Spaniel breeds, this alert, intelligent dog needs a job to do. Without it, it can get bored or destructive. 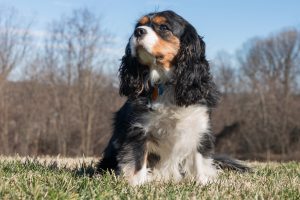 This is the most common Spaniel breed. The Cavalier King Charles Spaniel acquired its name because it was a favourite of King Charles the First of Britain in the 1600s. They may have originated from Toy Spaniels in the 16th Century. It was King Edward VII who gave the breed its name based on the monarch’s love for these dogs.

The breed is one of the largest Toy Breeds as per the groups defined by the AKC. They stand between 12-13 inches (30.48 cm to 33 cm) tall and weigh between 13-18 pounds (5.89 kg to 8.16 kg). The Cavalier’s eyes are its most distinctive features; they are large but not protruding and filled with a gentle melting expression.

This is an active, graceful, lively, and well-balanced toy spaniel. They are gay, fearless, alert, confident, and sporting. At the same time, they are gentle and affectionate. Good breeders breed Cavaliers for companionship and warmth. The AKC describes the breed as gay, friendly, and affectionate without shyness, aggression, or nervousness.

Yes, the breed makes an excellent house dog. On the downside, they do need plenty of training from the beginning along with socialisation to various human experiences. They are docile dogs that don’t bark a lot. Resultantly, they may not make the best guard dogs. They get along well with kids and other house pets. 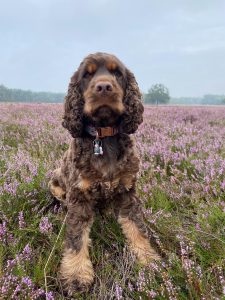 When the English Cocker Spaniel (known simply as Cocker Spaniel) came to the United States, breeders started breeding the dog to different standards. This specialized the dogs to hunt the American Woodcocks. Following several refinements for conformation and temperament, the breed was recognized as the American type by the AKC in 1970.

The male American Cocker stands about 15 inches tall (38.1 cm) and weighs about 28 lb. (13 kg). Females are shorter and lighter weighing about 25 lb. or 11 kg. Their long, wavy coats are available in various colours such as black, brown, red, silver, tan, and white & buff.

American Cockers are happy, playful, alert, and companionable. They are also rather protective and will bark at strangers and at anything else amiss in their surroundings. They are often unaware of their small size and try to take on a dog much larger than them. These dogs are prone to separation anxiety and cannot be left alone for long.

Is the American Cocker Spaniel a Good Family Dog?

American Cockers are excellent family dogs because they love humans. They are also eager to please which makes them trainable. However, they do have a stubborn streak and also are easily distracted, both of which can hinder training. American Cockers have a phenomenal reputation with children but do need plenty of socialization.

The common health issues in American Cocker Spaniels are eye problems like Progressive retinal atrophy and cataracts. They are also known to suffer from heart disease. Skin infections and ear infections are other ailments you need to be aware of in the breed.

Known as the calmest of all Spaniel breeds, the Clumber Spaniel might have originated from Basset, Blenheim Spaniel, and Alpine Spaniels. The breed was first bred in France in the 18th Century but only became popular after the Duke of New Castle and King George adopted it. The Clumber Spaniel has been in America since the Colonial days and it was one of the first nine breeds to be registered by the AKC.

People often call the Clumber Spaniel dull, inactive, and clumsy. On the contrary, this is a gentle yet lively and energetic dog that can play fetch for hours. The dignified Clumber Spaniel has a  large heart and is likely to love everyone. This quality makes them poor guard dogs as they get friendly with strangers.

Is Clumber Spaniel a Good Pet?

This is an excellent pet that is sure to get along with kids. However, Clumber Spaniels are prone to excitable urination and separation anxiety. So, you will need to train your dog from the very beginning to stay alone if you plan to leave it for hours. While they are mostly independent dogs, they respond to affection with great loyalty.

Clumber Spaniels are known to suffer from Anasarca (a condition that causes swelling of the entire body.) Many Clumbers even develop cardiomyopathy which causes the heart muscle to become thin and stretched. Skin conditions and hypothyroidism are also noted in these pets.

Which Spaniel is the friendliest?

Cocker Spaniels are considered friendly dogs. They are gay and happy and even called “merry Cockers”.

Which is the easiest Spaniel to train?

The Cavalier King Charles Spaniel is considered the easiest to train because of its alert and intelligent nature. The fact that it wants to please its owners adds to its easy trainability.

Which is better Springer or Cocker?

What is the difference between American and English Cocker Spaniels?

The main difference is the size; English Cockers are larger than their American counterparts.